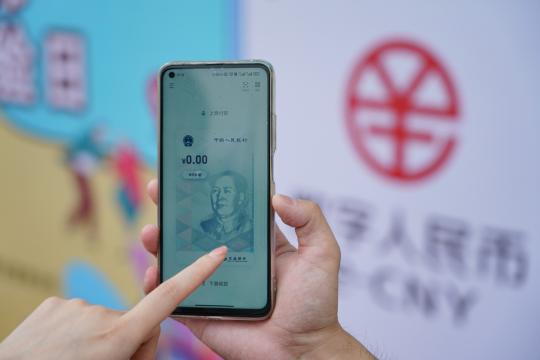 A staff member of the Beijing branch of Communications Bank instructs a visitor to open a RMB digital wallet on a mobile phone on June 16, 2021. (Photo / Xinhua)

Safeguarding cybersecurity is of paramount importance for the healthy development of China’s digital economy, and more efforts are needed to combat the growing risks of cyber attacks targeting critical information infrastructures and supply chains. , said industry experts and business executives.

His remarks came after China’s cybersecurity law came into force five years ago, paving the way for the growing relevance of digital technologies in people’s work and lives while protecting the development of cyberspace. of China.

Data security has become a prerequisite for digital economic prowess, and countries around the world are stepping up regulatory measures to better protect and use data assets, experts said.

Du Guangda, deputy head of the cybersecurity administration of the Ministry of Industry and Information Technology, the country’s leading industry regulator, said at a recent forum that data security has become a part national security and further efforts are needed to strengthen capacity. to combat data risks.

The regulator is developing a guideline to promote the development of the data security industry, which will support orderly openness and in-depth use of data, sources close to the ministry said.

Specifically, the guideline will highlight aspects such as the development of core technology products, the expansion of data security services, the construction of a system of industry standards, and the strengthening of international trade and cooperation.

Zhou Hongyi, founder of the cybersecurity company 360 Security Group, said that as a wide range of industries adopt digitalization, the digital economy is becoming a new engine to drive high-quality development. of China’s economic growth.

“Many cyberattacks against large companies and critical infrastructure are carried out by first attacking small, medium and micro enterprises along the supply chains. But small and medium enterprises generally do not have the capital, talents and technologies to increase their capabilities. digital security. “Zhou said.

To address the issue, the chief executive suggested establishing a mechanism to help SMEs meet the challenges of cybersecurity, which will help China build a shield for digital security and safeguard the digital economy.

Wu Hequan, a scholar at the Chinese Academy of Engineering, said critical information infrastructure has become a major target of cyberattacks and cyber threats to supply chains.

Amid growing risks, countries around the world are stepping up regulatory action to better govern and protect data assets. CNBC reported that the US administration signed an executive order last June to protect the personal data of what it calls foreign adversaries.

Wang Xiujun, president of the Cybersecurity Association of China, said China has made progress in strengthening the legal framework for cybersecurity in the past five years. Meanwhile, new technologies, applications and business formats on the Internet are constantly emerging and posing new challenges.

In this context, Chinese spending on cybersecurity in hardware, software and services is expected to reach $ 21.46 billion in 2025, up from $ 10.26 billion in 2021, according to market research firm International Data Corp.

Chainguard Raises $50M in Series A…

Master of Education with a concentration…

How to tackle false positives in…

Another Enjoy Technology CFO out as…

Do smaller agencies have to become…

How to use the document scanner…

Curriculum: Master of Education with a…