Discrimination in the IT industry? 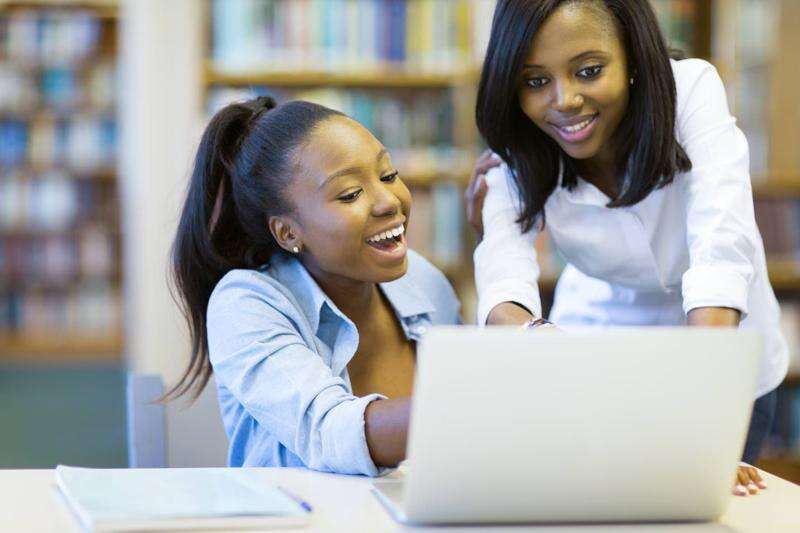 Technology companies should seek to create a work culture that is more conducive to women. (Photo: Michael Zhang)

Women in technology still have a long way to go despite the fact that society has made great strides towards gender equality in recent decades.

In the United States, women currently receive more high school degrees than men, but only 15% of computer science graduates are women. Women make up about 30 percent of the workforce of technology companies, such as Microsoft and Google, with far fewer in leadership and technical roles.

What about the technology professions that prevent women from practicing them, and why does it matter? Why are there so few women in the IT industry? Is it true that women are “less reasonable” than men?

The idea that men are more rational by nature than women goes back to Aristotle and is still deeply rooted in society. The long-standing divide between rational and emotional reasoning still exists today, supporting the idea that women are not as suitable for technical jobs as men.

But now is the time to dispel certain myths.

Girls outnumber boys in STEM (science, technology, engineering, math) subjects at school, according to data. In a recent study, 15-year-old women in 70% of countries scored better on math and science literacy than their male counterparts, regardless of national levels of gender equality.

In addition, according to the findings of a study of more than 1.4 million GitHub users, women’s coding talents are really superior to men’s.

So what prevents this skill and ability from being properly translated into labor force participation? Discrimination

Discrimination in the work process also reduces the number of women receiving job offers. Not only are women’s abilities underestimated, but mothers are often discriminated against because they need maternity leave or because companies are hesitant to hire women who can quit smoking to care for their children at home. In addition, the lack of parental leave can drive mothers out of the computer industry or deter them from entering in the first place.

Because companies expect employees to devote much of their time and energy to making their business successful, this problem can be especially prominent in a competitive, fast-paced field such as IT.

WHY DO WE NEED MORE WOMEN?

We must begin by considering this question: why are there so few women in the technology industry? Some may wonder why it is so important, after all, why change something if women are not as interested in technology as men?

Aside from the broader gender equality issues, it is in the best interest of the company to increase the number of women in its ranks. In today’s world, different groups work together to address issues. According to research, women’s teams, and diversity in general, produce better results and are more collaborative.

The importance of collaboration in fields such as web development and the fact that multiple teams produce better results should motivate IT companies to diversify their workforce.

Because overcoming barriers and exposing new ideas to the public are such essential components of technology, it is vital that women lead this area. We can understand the challenges from all points of view and we are more likely to design successful solutions with a variety of points of view.

Women are often the main target audience for Internet businesses, whether they are e-commerce platforms, social games, or health and wellness apps. Consequently, it is essential that the products and services offered by these companies are not only consumed by women, but also led or co-founded by them. Women should not just be technology consumers in the future, they should also be creators.

Female leadership is scarce, and that should be a concern for society. Gender quotas in political systems have existed for a long time, as it is often recognized that equitable representation is needed in many sectors of society within organizations with substantial authority.

Issues that affect or curb women can be addressed more effectively with more women working in IT.

What are our options?

1) A change of attitude

Mindset transformations are necessary for change to take place in all aspects of society. We need to keep in mind how internalized sexism can affect our work attitudes. Many jobs have been designed with the conventional male bra paradigm in mind and, as a result, women are underrepresented. It’s crucial to keep this in mind as you move forward with structural adjustments.

The traditional views of excellent leadership, for example, are inextricably linked to the historical consideration of society by the ideal of masculinity. A successful leader is often thought to be someone who exhibits “masculine” attributes, such as strength, competitive nature, and logic / practice. However, this view ignores the importance of attributes such as empathy, sensitivity, and care.

Many of these long-standing preconceptions need to be re-examined if we want more women to lead the technology. When companies are willing to change their mindset, the workplace offers a more welcoming environment for women and other minorities who have previously felt excluded.

We must also think critically about how individuals working in technology are portrayed in the media and fight outdated preconceptions to prevent them from being passed on to future generations. Instead of buying robots, scientific equipment, and lights for boys only, we should also make similar items available to girls.

As an industry, we should work with teachers from schools and universities to set out the types of initiatives that will arouse their interest. These women are the founders of our future and we must support them so that they do not miss the opportunity to change the world.

Offering a comprehensive package of family benefits that includes 18 weeks of paid maternity leave, as well as other benefits such as one-on-one tutoring with other working parents and childcare support, could go a long way toward creating the right kind of maternity leave. ‘environment in which women thrive. . This has proven to be beneficial for many companies.

Hopefully, as more organizations adopt similar inclusive practices, these types of packages will become the standard. This will ensure that technology benefits from the perspective of mothers, as well as contributing to a change in thinking that will allow future women to have both a successful profession and a family, with minimal commitments.

The path of the future is determined by technology, and women must have the same opportunities to shape it. We must all work together to break down the barriers that prevent female participation in technology from becoming a reality.

Businesses must ensure that sexism is not tolerated in the hiring process or in the workplace, and that extraordinary projects must continue to be developed to overcome the gender barrier around the world.

Allison Dretzin is a human resources expert with over eight years of experience in both private and public organizations.

EdTech Monday To Discuss How to…

Slack is making it more difficult…

LiveToBeHappy Announces Launch of Growing Together…

Equity commission recommends ban on some…

The excellent Unread 3 gains its…