Marcin Gajda, manager of The Software House’s frontend team, has more than a decade of experience in different fields of web development and a handful of products delivered. Its goal is to get other developers to write better code and strive to always find the best solution. Gajda shared with us, all the key ideas of the frontend status report, including the scope of the survey, how is the state of frontend web development in 2022, how is the future of frontend development frontend for developers around the world and a ton more.

ADM: What’s the idea behind The State of Frontend and how does it differ from other tech polls like The State of JavaScript?

Gajda: The idea behind frontend status is to show how the toolkit of a typical frontend developer currently looks. It’s also about showing what developers like, what they don’t like, and how they see the future of front-end web development.

We wanted to see with his own eyes how the front end is evolving and where this will take us. But how does Frontend’s status differ from similar surveys? I think above all that we focus not only on raw numbers, but above all on the analysis of industry experts.

That is why the lion’s share of the report is made up of the opinions of industry experts and the conclusions they draw from the graphs. I think it helps to put the numbers in context and, thanks to the opinions of the experts, understand what the big picture really is.

ADM: How did you work on the scope of the survey? Were there any commitments you had to make?

Gajda: Doing the survey was an iterative process during which we added, removed, and repositioned many questions. We wanted to ask for innumerable things, but on the other hand, we had to keep the size of the questionnaire reasonable.

Too many questions can frustrate respondents, forcing them to drop out of the survey before finishing it. To avoid this, we had to give up some questions that were vaguely related to the theme of the interface, such as headless CMS.

We’ve also limited the number of options for each question to only the most popular solutions, but instead, we’ve added one “other” option to each. I think the commitments we made worked well because the dropout rate of the survey was below 60%, which is pretty fantastic, and we still get some really interesting data on various topics. 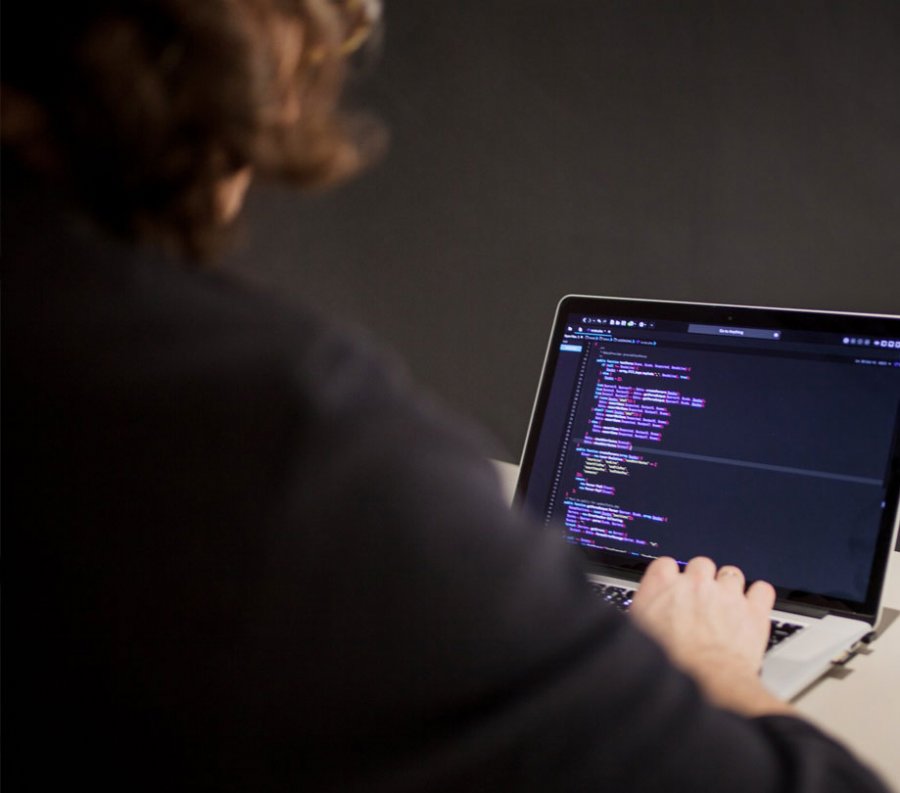 ADM: Okay, what is the state of frontend web development in 2022? Was there anything surprising or unexpected?

Gajda: The state of the interface is that the web development of the interface is no longer driven by hype, as it still was a few years ago. Many old solutions consolidated their positions and new ones, such as some new frameworks, are backed by very attractive reasons to be used by many developers.

There is no wave of shiny new libraries that are just a renewal of the same ideas over and over again as before. However, I am far from saying that the interface landscape is stagnant because you can still find many new and revolutionary ideas in the area of ​​developer experience, productivity or application performance. Therefore, frontend web development is at some intermediate point. I had the feeling it looks like it, and I’m glad State of Frontend 2022 proves it.

And what surprised me most about the report? I will say the number of people who use continuous integration in their projects. About 80% of respondents said they use some kind of IC solution, and would never think that number would be so high. I think we can owe it to all web-based source code hosting services like GitHub, Bitbucket, and GitLab, which include built-in CI tools. After all, these new solutions make the use of continuous integration very natural, simple, and almost effortless.

ADM: In terms of frames, libraries and other tools, are there any clear winners in this year’s survey? How likely are they to stay?

Gajda: 2022 is another year for React and other frameworks based on it. There is no doubt about that. However, since the previous edition of State of Frontend, many new solutions have emerged that have taken the lists by storm. So I think the big winners are not the things that hold their top spot, but the ones that have gained the most strength in the last two years. Take Tailwind, for example. By 2020, no one would say that a library of styles like this can be loved by 35% of frontend developers. Today, however, it is closer to dethroning the good old SCSS than any other tool.

The same goes for Remix and Svelte who are moving the “want to learn” chart or Vite and Esbuild who are already chosen for around 25% of respondents. Yes, probably not all of these solutions will stand the test of time, but others may even become the React or web package of the future. It all depends on whether they will be able to deliver the features that developers expect and whether they will be reliable enough to become a future-proof solution for most companies. 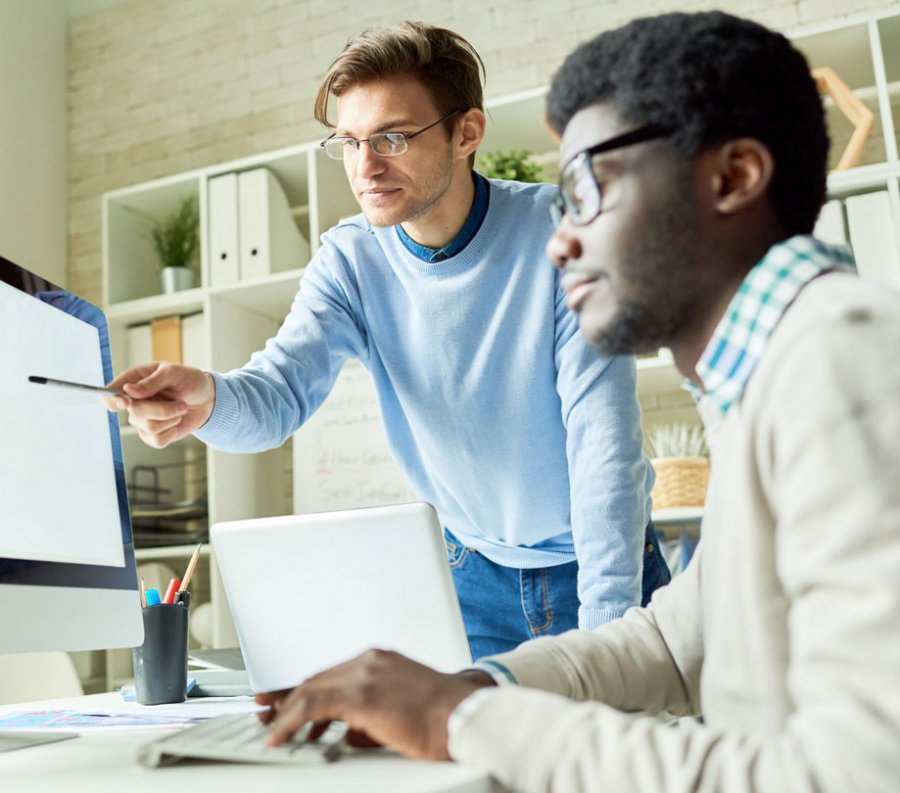 ADM: As you said before, the state of the front-end is not just about the current situation of the front-end, but also about its future. What is the future of the interface for developers in the world, and can we really tell the future from this data?

Gajda: In the frontend state survey, there were some questions that were asked directly to developers about their prediction for the future of the frontend, because no one knows it better than they do. The most important conclusion from these questions is that TypeScript will not go anywhere and will stay with us for longer. Nearly 50% of respondents said this language will become the standard for frontend development, and that’s a large number.

Another prediction says that website accessibility will play a key role in the coming years, and that doesn’t surprise me. Greater accessibility has been a widespread trend across the tech industry for some time, and I’m excited to see how large-scale web development is currently beginning to arrive. This trend is true for both large and global and small businesses.

The last State of Frontend 2022 prediction I would like to point out is that server side rendering will gain popularity … again! I think it’s part of a bigger move to get back to basics for performance reasons. More and more people are seeing that some old-time solutions worked better, and now is the time to try to fit them into modern frameworks and toolkits. Some may say we go in circles, but for me it’s more like going up a spiral.

ADM: Was there anything in the report results that surprised you in a bad way?

Gajda: Certainly. From the results of State of Frontend 2022 we can say that 20% of frontend developers do not have code revisions in their projects. This is a surprise to me, because code revisions are an essential part of any development team that wants to improve over time. I understand that some people work in sole proprietorships and don’t have the option to review their code, but that doesn’t fully explain the 20% result. If we delve deeper into the results of the survey, we will find that code revisions often do not apply to many small or medium-sized businesses. It shows that these companies do not realize the importance of this mythology, how it affects the quality of their products and the exchange of knowledge between entrepreneurs of different seniority.

ADM: Aside from the negative shock, what are the positive results that are clear in the state of Frontend 2022?

Gajda: For me, the most positive result is that almost 85% of developers used TypeScript over the last year. It shows that adoption of this solution is broad and developers understand the benefits of well-written code – how it helps maintain the application and how it avoids many easily avoidable mistakes that could have happened without it. Yes, TypeScript is not perfect as a technology, but it won the hearts of developers with frequent and periodic updates and how it tries to resolve the real struggles that JavaScript developers have.

Another positive result, in my opinion, is the rise of clouds as the main solutions for hosting frontend applications. This year, Frontend State, an old-school custom server, finally lost to a cloud solution, AWS to be exact. I’m happy about it because it means that a significant number of interface developers and tech companies are finally appreciating the benefits of using clouds over traditional hosting. For them, it means they can focus on product development rather than supporting their own custom infrastructure. 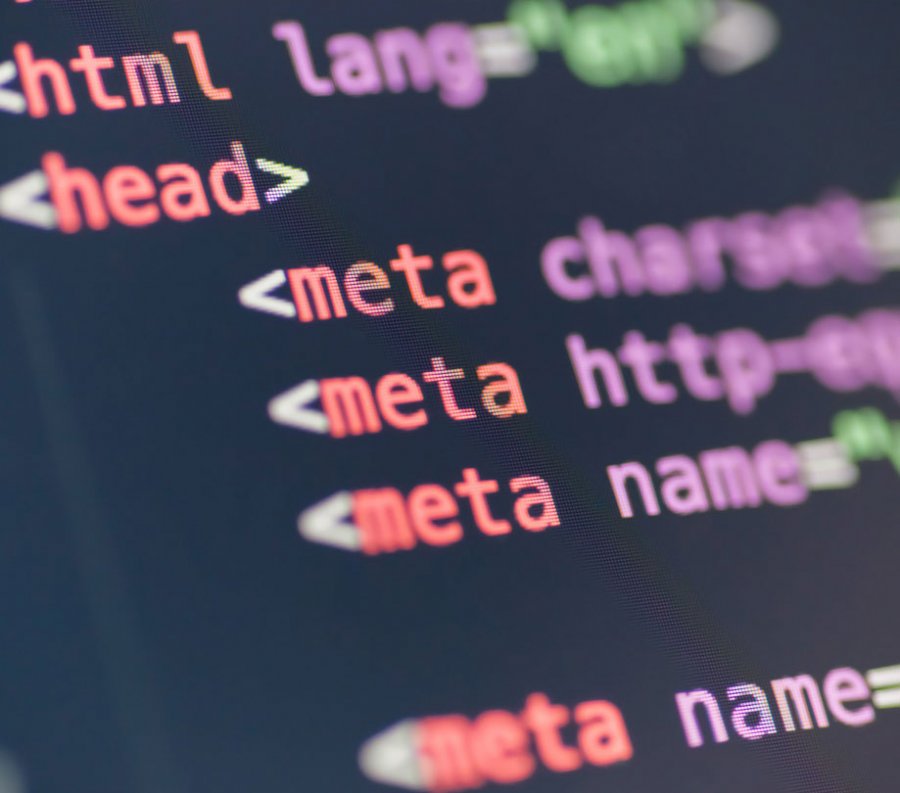 ADM: In short, what are your personal predictions for frontend development. What can we expect?

Gajda: Frontend web development is currently more mature and stabilized than a few years ago. It means the “new day, new JS frame” joke is finally dead. However, the way people consume media is constantly changing, and so is the technology of their devices. The front-end of a website, located between the user’s face and the backend of the application (but on the user’s device) must always be up to date with the changing world, with new types of devices and people’s next expectations.

That is why in frontend web development, we will be constantly looking for new solutions to help us solve emerging problems. For example, currently, server-rendered frameworks are on the rise because we, as developers, have found that to improve the performance of web applications, we need to return some of the work to the backend. And that’s why I think during the coming year or two, this will be the hottest area in frontend development. Frameworks like Next will gain a lot of popularity and new performance-related tools will arrive. Time will tell if he was right, but I hope so because this performance revolution may be the biggest change for both developers and users.

ADM: The last question. Will there be the next edition of State of Frontend?

Gajda: We’re still in the process of promoting this year’s report, so it’s a little hard for us to think about starting a new one right away. However, we are listening to what people are saying about the report and we are writing down the comments they make to us. So, if anyone liked Frontend’s status and the work we’ve done, please give us a shout out on social media, because we know you’re looking forward to the next edition. 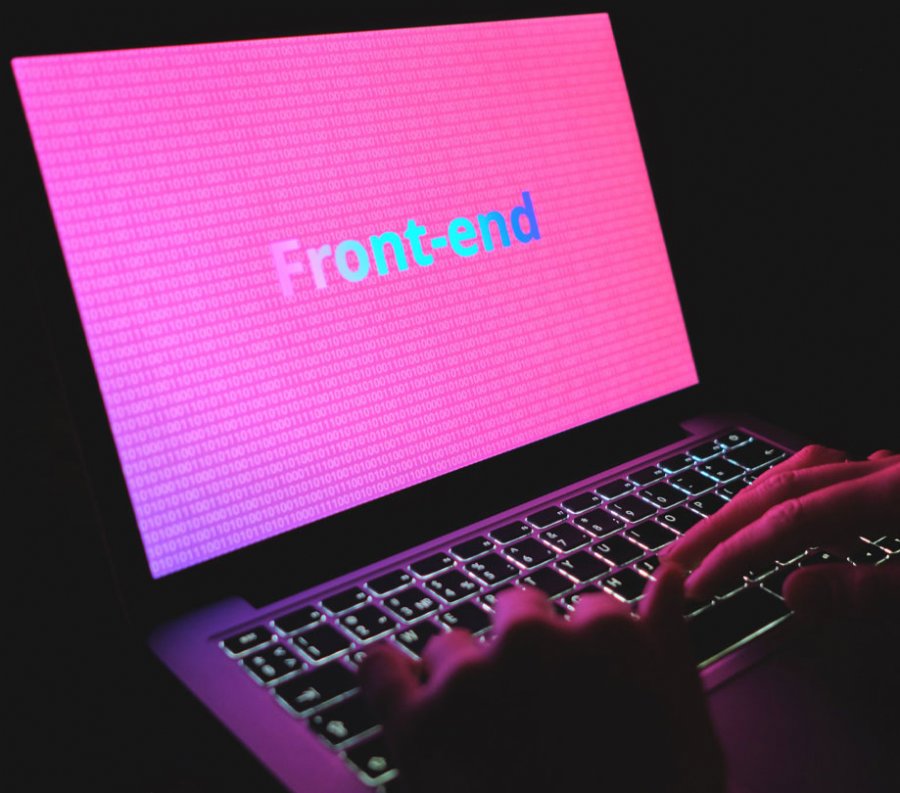 Subscribe to App Developer Magazine for just $ 5.99 a month and take advantage of all these benefits.

Why is Cybersecurity Getting Worse?

Yokogawa Invests in Waylay to Support…

NC A&T, among six HBCUs getting…

Evonik and InnovationLab combine to offer…

Why I’m buying an Apple Watch…

The new technology era for upskilling…

5G Technology and the IoT Introduce…

China’s Minister of Industry and Information…