Sony produced what could be described as a game changer of a camera with its current flagship, the Sony a1. Although this camera offers a lot of new features that most of the reviews have praised. One of its most notable features has flown somewhat under the radar. This feature is the increased flash sync speed to 1/400 second shutter speed.

The Sony a1 is one of the best full-frame mirrorless cameras on the market. Not only can it record high-resolution 50-megapixel files, but it can also capture that resolution at 30 frames per second. Only until recently did we think that speed and high resolution were an impossible combination, based on today’s technology. You could have a high-resolution camera that captures a great deal of detail, or you could have a low-resolution camera that shoots extremely fast for those high-speed situations. Sony managed to do both in one camera.

In addition, Sony also managed to record 8K 30p and 4K 120p in 4:2:2, 10-bit recording. Essentially, the Sony a1 is an incredible camera system. However, these features are obvious and unavoidable upgrades in the grand scheme of things. Almost everyone expected Sony to produce an 8K capable camera system, but I doubt anyone thought that Sony would improve the shutter mechanism and sync speed of the Sony a1.

What is a focal plane shutter? 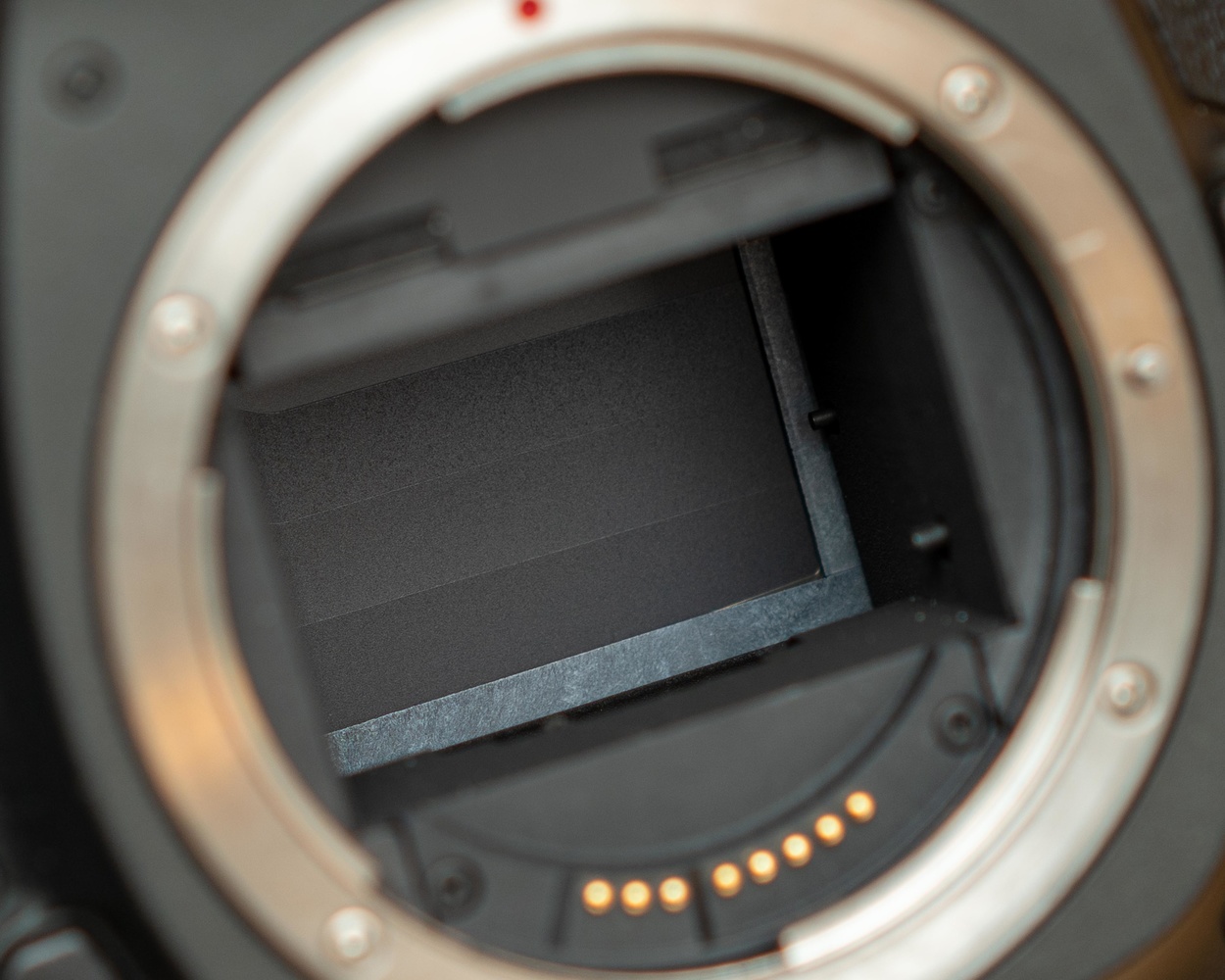 The other advantage of focal plane shutters is that they work inside the camera. This means that virtually any type of lens can be attached and the shutter mechanism can still fire. You can even use pinhole body caps on the camera and the shutter will still fire allowing you to expose an image.

The downside is that a focal plane shutter can only stay fully open up to a certain speed. For most cameras, this shutter speed is 1/200s. Above this speed, the shutter blades will no longer open fully as it moves across the sensor to expose the image. The shutter opening will become smaller as you increase the shutter speed. This isn’t a big deal unless you’re shooting with flash. If the aperture of the shutter blades is smaller than the sensor, the entire sensor will not be exposed when the flash fires. 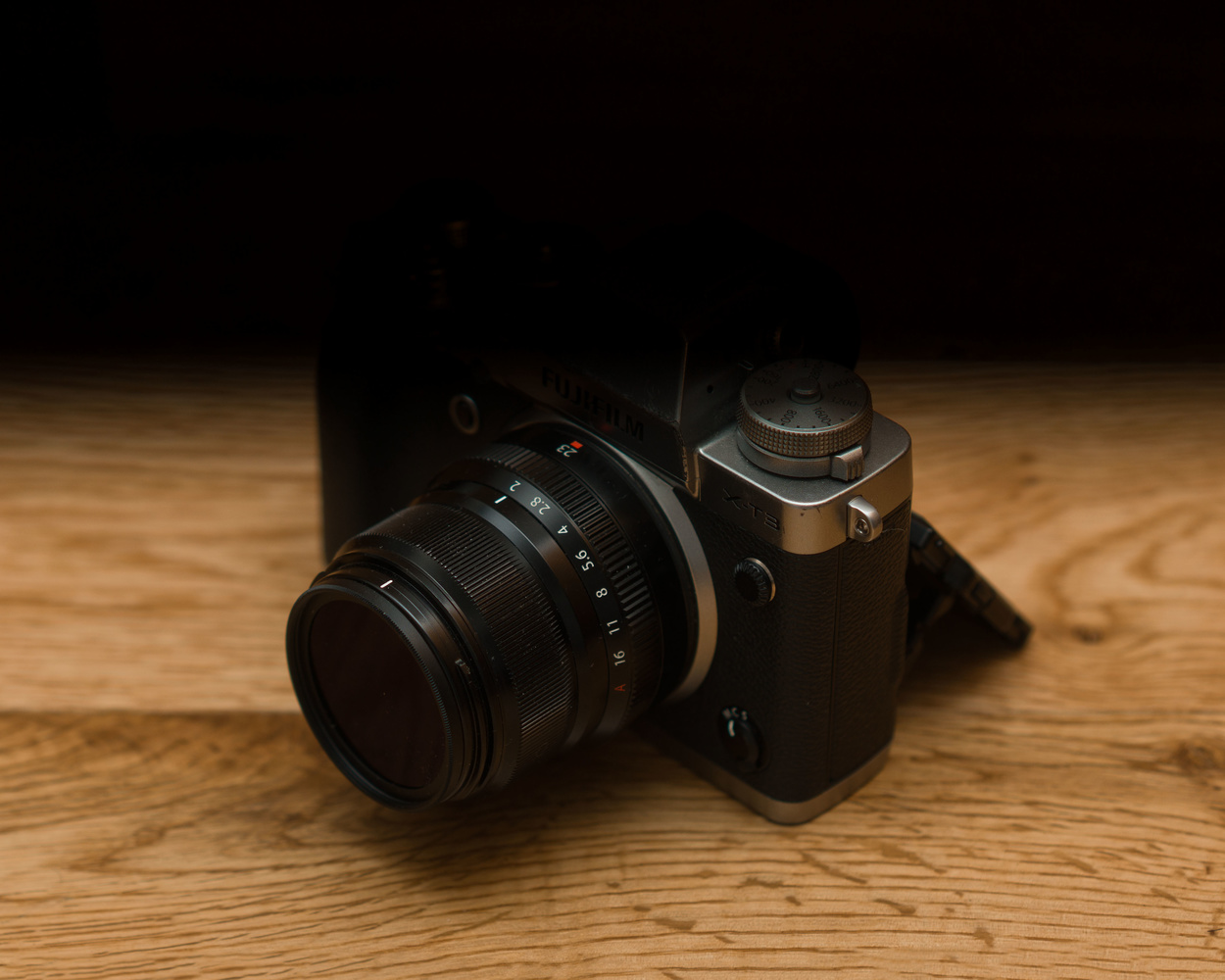 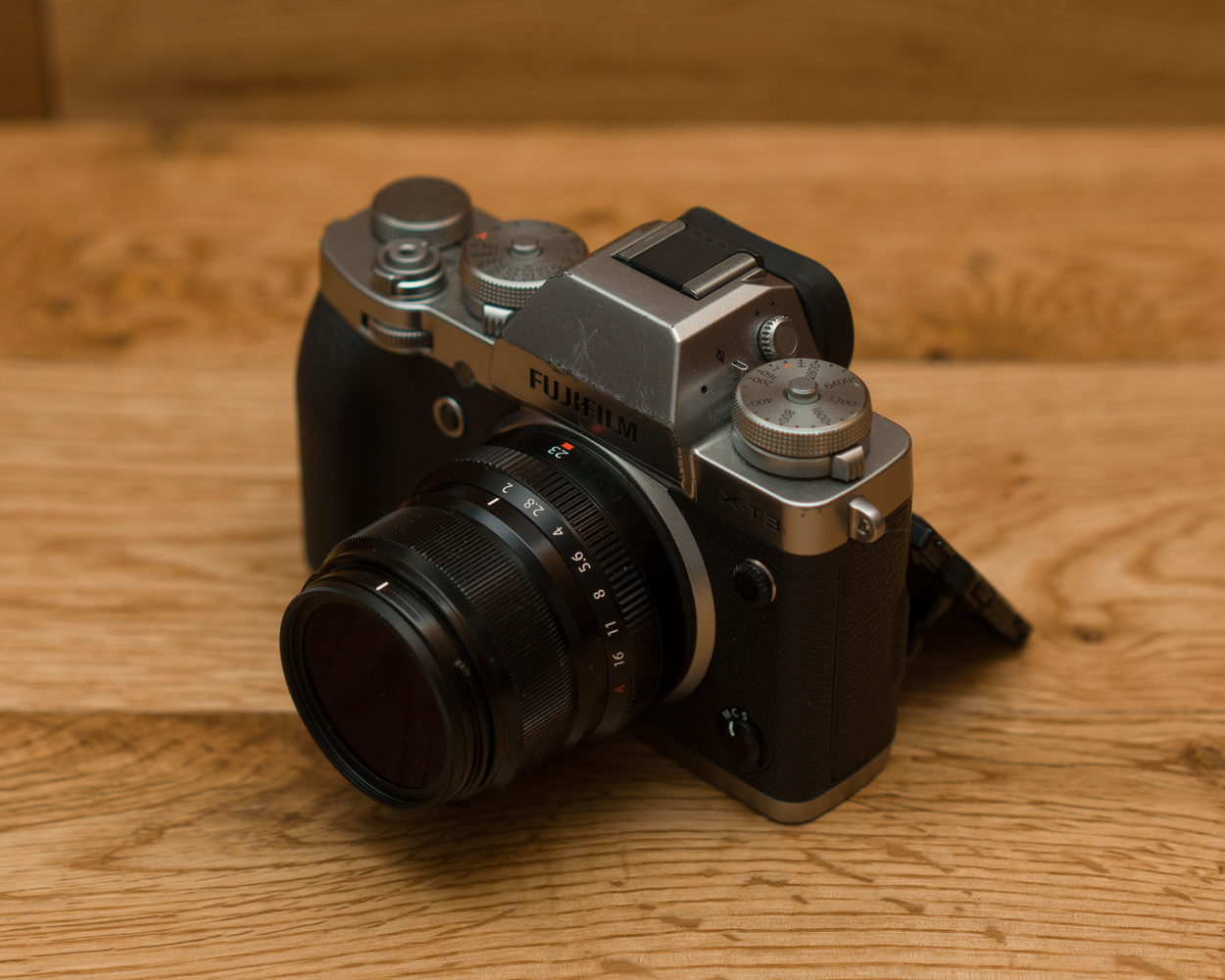 As you can see from the comparison above, a lot of the flash ends up hitting the shutter blades instead of the sensor when shooting faster than the sync speed. To fix this, you can use a feature called high-speed sync. In this mode, the flash will fire several times quickly, in order to follow the shutter blades as they move along the sensor. Unfortunately, this feature greatly reduces the power of the flash, making it less than ideal in many situations.

What is a leaf blind? 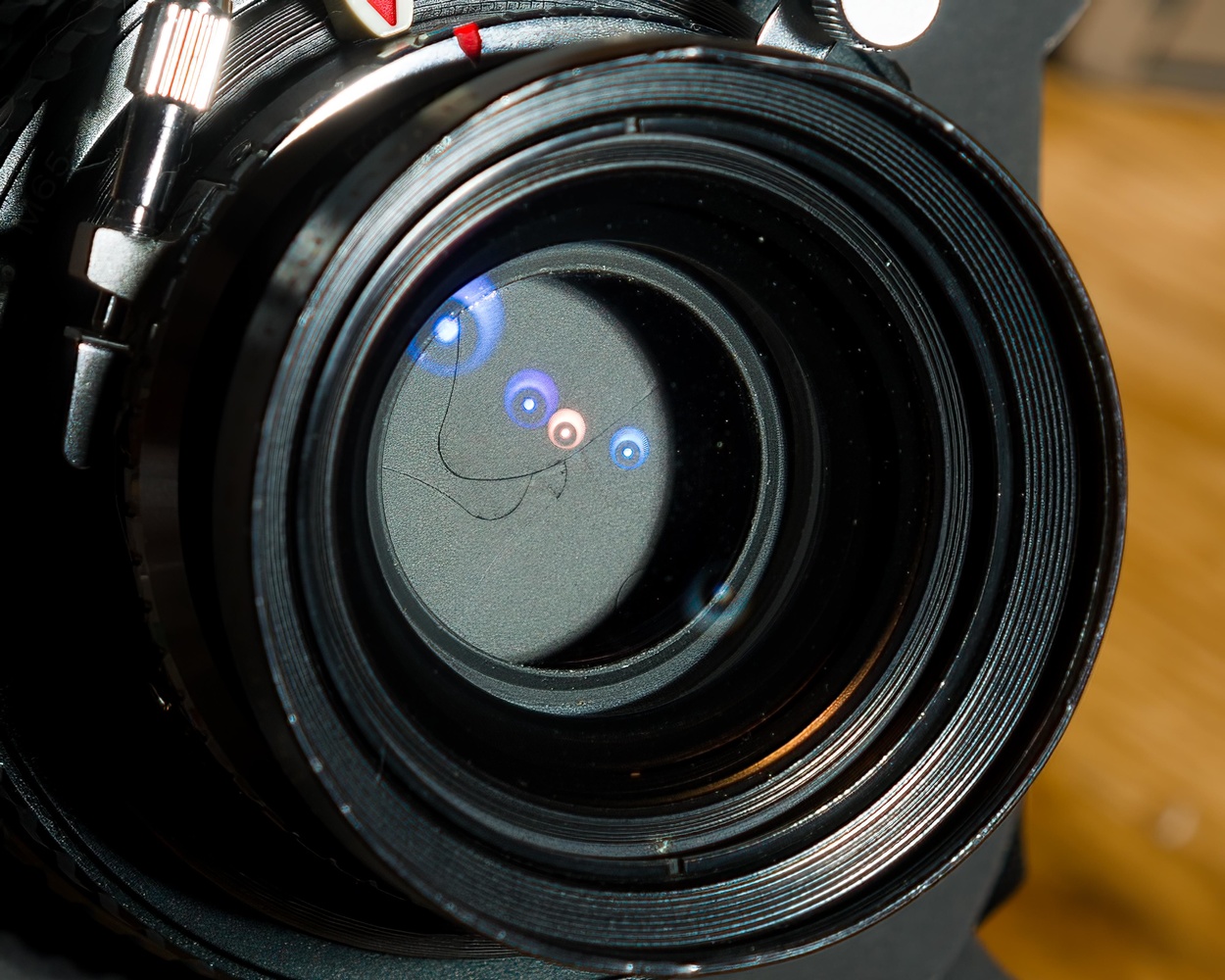 Focal plane shutters move across the sensor in a single direction, usually from top to bottom. Leaf shutters open and close in a circular motion that is somewhat similar to how shutters open and close. It is this design difference that makes the biggest difference. Unlike focal plane shutters, leaf shutter mechanisms do not have a flash sync speed limit. Leaf shutter lenses can be flash synced at whatever shutter speed you can handle.

For example, current Hasselblad lenses can sync the flash even at a shutter speed of 1/2000s without the need for any kind of high-speed sync mode. The downside of blade shutters is that the highest speed currently available is 1/2000s, and this is considerably less than what focal plane shutters can achieve, which is 1/8000s.

How has Sony handled it?

A camera shutter mechanism generally works with a spring system. In a focal plane shutter camera, both curtains are loaded and then fired when you press the shutter button. The spring system has worked very well in cameras for decades. However, this system has also not been updated for a long time.

These are the two fastest points the Sony a1 can sync the flash in full frame mode. The magnetic system allows the shutter curtains to move faster through the frame. The first curtain can be opened quickly enough so that when the second curtain is ready to close, the entire sensor is open for exposure.

This is the key difference. The magnetic system can move the shutter curtains faster than the standard mechanism. This extra speed helps ensure that the entire sensor is open for exposure rather than parts blocked by the shutter blades.

Why this is a great update

The Sony a1 is the only full-frame camera on the market that can flash sync at a shutter speed of 1/400 second. That’s twice the speed of most full-frame cameras, including flagship systems from Canon and Nikon. This sync speed can be further increased to 1/500s shutter if you shoot in APS-C mode. This kind of speed is on par with some leaf shutter lenses.

Interestingly, even with this higher sync speed on the Sony a1, the camera’s shutter is durable enough to handle over 500,000 cycles. Although it’s important to mention that Sony didn’t reveal durability ratings for the shutter mechanism when flash sync priority is on.

However, for many working photographers, this increase in sync speed offers more real-world benefits than improvements in dynamic range or increases in resolution.

Having a lot of resolution can be great, but after a certain point, a few more pixels makes very little difference to how you shoot and the results you get. Even with dynamic range, most cameras now offer enough flexibility that an extra half-stop doesn’t make much of a difference to the workflow. Features like megapixels and dynamic range may make big headlines, but in the grand scheme of things, it’s just marketing. Even smartphones can now shoot up to 100 megapixels or more.

The increase in sync speed means a real change to the workflow. You can shoot at a faster shutter speed regardless of the type of flash you use. You can also delay the need to shoot with high-speed sync with an endpoint. This is especially useful when shooting in a controlled or studio-based environment.

For a long time, if you were shooting in a studio, the maximum shutter speed you could probably choose was 1/200s. Being able to shoot at a faster shutter speed in a controlled environment will most likely reduce potential problems. If you’re photographing people, for example, introducing motion into your photos is less likely to cause motion blur.

This is without a doubt one of the best and hardest to pull off technological leaps we’ve seen in a long time, and Sony should be celebrated for pulling it off.

This is a huge leap forward for working professionals and the best part is that it won’t be long before this feature starts appearing on less expensive cameras. As the cost of features becomes less expensive, we may start to see this become the standard sync rate for flash.

What is not clear at the moment is whether Sony can bring this dual boost mechanism. It’s certainly fair to assume that the magnetic system could probably handle even faster shutter speeds. However, it was probably durability concerns that limited the sync speed to 1/400s.

Hopefully, we’re only in the early stages of what’s possible with magnetic shutter drives. Who knows, Sony’s next flagship camera might even sync the flash at 1/1000s.

Nintendo recap: Switch sales are down but Pokémon…

Best cases for MacBook Air with…

Is it Time for Full-Stack OT…

Biden Urges US Businesses to Bolster…

What are the Best Qualifications for…

Automotive Cybersecurity: More Than In-Vehicle and…

You’ve got a friend in me…

NCSA concludes workshop on regulations of…

How inclusive financial technology is rewriting…

Can Regulations and Compliance be the…

What a software engineering student from…

Anthology Recognized for EdTech Innovation in…

Bank of Zambia calls for vigilance…

How to access Netflix games on iPhone and iPad

While Netflix has made a name for itself as a streaming service that offers movies and TV shows, including an extensive…